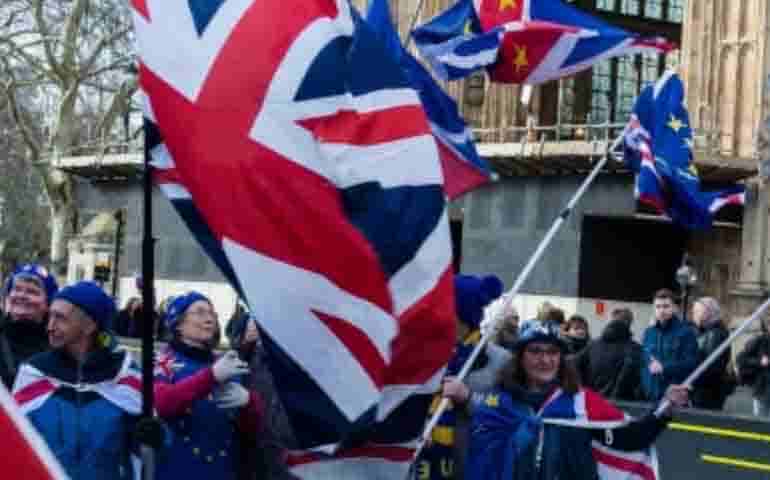 On Wednesday, March 27, the House of Commons of the British Parliament will vote on different scenarios in the situation with the withdrawal of the country from the European Union. If one option gets the support of most parliamentarians, it could finally lift the UK out of the Brexit impasse. So far, however, Parliament has rejected all possible options, so the country 's exit from the EU without an agreement remains most likely. The situation was described by expert Elijah Kusa.

The main options during the vote are: leaving the EU without an agreement - a hard Brexit, a re-referendum with a so far unclear result and the adoption of Teresa May 's agreement with the EU. These are the most likely options, if they can be likely, talking about the likelihood in the Brexit situation.

The problem with voting is that there is no majority in the House of Commons for one option. This is the main problem and the reason why the Brexit situation has stalled and caused political paralysis. There are factions that support a re-referendum, there are moderate Conservatives who talk about a soft Brexit, there are radical Conservatives who want a hard Brexit, and there are still supporters of the draft agreement that Theresa May has struck. The opposition, represented by the Labour Party, is promoting the idea of a second referendum, but they also have different views on what question to put in the referendum: for example, the abolition of Brexit as such or again simply the question of leaving the EU. And what question will be in the referendum will depend on its outcome. There are also supporters of simply cancelling Brexit, i.e. withdrawing Article 50 of the Lisbon Treaty, although there are very few.

Therefore, it can happen that the vote won’t lead to anything. This procedure of indicative votes is not a vote for specific steps. It is a test: which option will win the largest number of votes. It will be considered first, but still the vote is not binding on the government - it is a statement of the position of Parliament and government can ignore it.

The UK government has already broken up effectively because there is no party discipline, with ministers barely publicly pressing Theresa May to resign. Formally, the government is preserved because it benefits everyone, because Theresa May 's opponents, for example, within the Conservative Party, are not ready to take responsibility for Brexit.

If nothing is accepted, Britain 's withdrawal from the EU will happen without an agreement, obviously on April 12. If Teresa May 's draft agreement is accepted - it will be the third attempt - then the EU gives Britain time until May 22 to withdraw from the Union under the draft.

I’m sure that this withdrawal will happen without an agreement. The other two options, in my opinion, are unlikely yet. Especially the one that Teresa May 's project will be voted on.