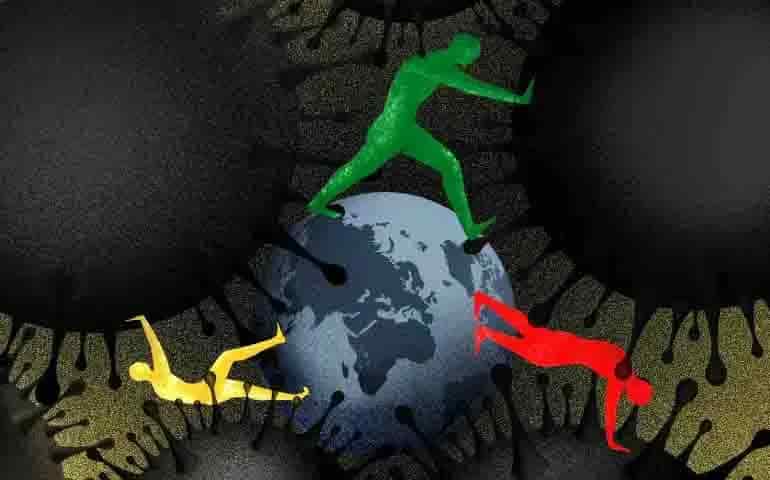 The Senate of France will establish

The Senate of France decided to establish a special commission to conduct a parliamentary inquiry into the measures taken by the executive branch during the period against the coronavirus pandemic. This, as Trend reports with reference to TASS, reported on Tuesday the magazine Paris-Match.

According to the weekly, the formed commission will differ in composition from other Senate committees. It will include 36 senators instead of 21, as is usually the case in the upper house of the French Parliament. The commission, the formation of which will be completed by June 20, will include heads of party factions and chairmen of all thematic commissions of the Chamber.

According to the publication, the question of the head of the parliamentary investigation remains open. The weekly expects, however, that these duties may be assigned to the head of the Senate Social Affairs Commission, Alain Milon, a doctor in his first profession.

Senators will have to consider the main stages of crisis management. The Commission will have broad powers to do so and will be able to invite Prime Minister Edouard Philippe, heads of ministries and departments, heads of the Scientific Council for the Study of COVID-19, hospital administrators and any other persons whose testimony it considers important. Senators plan to present their findings in December.

Preservation of many restrictions

On Monday, France began a gradual weakening of the self-isolation regime introduced on 17 March. According to a survey conducted by IFOP Sociological Service, 53% of the population believe, however, that for them and their loved ones the risk of infection remains high. In 47% of respondents, the economic consequences of the crisis are equally disturbing.

On Monday, the primary school resumed its work, which was not held for 55 days. The Minister of National Education, Jean-Michel Blanker, decided to open schools at this level, contrary to the opinion of the Scientific Council, which recommended that the beginning of classes be postponed until September. The Ministry is alarmed that to date the school has lost day-to-day connections with about 500,000 pupils. This represents 4 per cent of the total number of schoolchildren in the country.

Despite the beginning of the gradual withdrawal from the quarantine, many restrictions still remain until new orders. Thus, individual outdoor sports activities are allowed, but sports halls and stadium are still closed, as well as theatres and concert halls. Movie theaters do not work.

The dates for the resumption of restaurants, cafes and bars have not yet been determined. Meetings at home or in public places are permitted with no more than 10 participants.

Major sports events and cultural forums have been postponed to autumn or even the following year. Postponed without specifying a new date for the international Cannes Film Festival, which was originally scheduled to open on Tuesday.

Dynamics of a pandemic

According to the General Directorate of Health, the spread of the virus in France is still active. Since March 1, 26,991 people have died of COVID-19, including 348 in the last 24 hours.