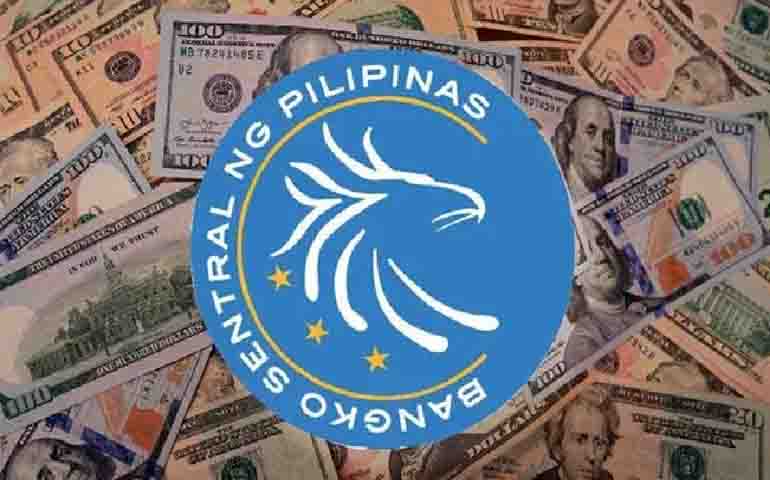 The Bangko Sentral ng Pilipinas’ (BSP) foreign exchange (forex) operations and gains from its gold holdings, as well as deposits from the national government (NG), raised the country’s gross international reserves (GIR) to a new record high of $103.81 billion at end-October.

Preliminary data from BSP Governor Benjamin Diokno showed on Friday that the amount was a 3.35-percent and 20.94-percent increase from those posted a month and a year ago, respectively.

The figure also breached the previous record-high level of $100.44 billion in September and the Bangko Sentral’s official $100-billion adjusted forecast for this year.

n a statement, the central bank said the month-on-month increase reflected inflows mainly from its $3.46-billion net forex operations, the government’s $77-million net foreign currency deposits with the BSP, and the $49-million revaluation gains on its gold holdings.

“These inflows were partly offset, however, by the NG’s payments of its foreign currency debt obligation,” it added.

The improved reserves level represents a more-than-adequate external liquidity buffer, which can cushion the local economy from external shocks.

The latest level was also enough to cover 10.3 months, higher than the 10 months in September and the 7.4 percent import cover in October 2019.

It can also cover 9.3 times the country’s short-term external debt based on original maturity and 5.4 times based on residual maturity.

Net international reserves, which refer to the difference between GIR and total short-term liabilities, also increased to $100.8 billion in the 10th month from $100.43 billion a month earlier.

Next year, the Bangko Sentral expects these reserves to hit $102 billion “in anticipation of continued NG foreign currency deposits, as well as positive revaluation adjustments in gold holdings, as gold prices could remain elevated in 2021 due to safe-haven investor demand.”

Diokno earlier said the GIR level would depend on many things, one of which was local purchases of gold.

“If domestic gold purchases go up significantly… if the price of gold in the international market continues to be at current levels, then this [would] gradually increase the GIR,” he said.

To take advantage of rising gold prices, the central bank chief also said monetary authorities had decided to actively trade some of the country’s gold reserves.|

Twelve percent of the country’s GIR are in gold, he added.