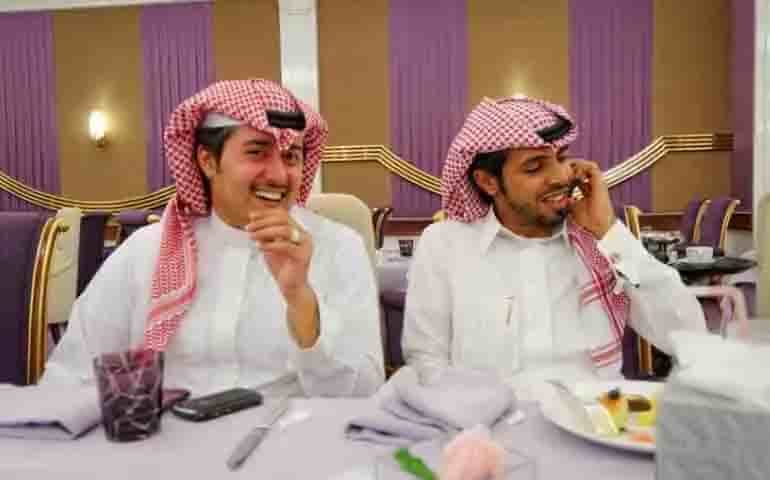 Finance Minister of Saudi Arabia Mohammed al-Jaadan said that the country has suspended payments of the subsistence minimum to the population since June 1, and since July 1 has tripled VAT - from 5% to 15% - as part of the reduction of public spending against the background of the COVID-19 pandemic and the fall in oil prices. Experts told about how this situation will eventually affect the social and economic situation in the Kingdom.

"I would not exaggerate the significance of it in view of the fact that Saudi Arabia has been systematically insured in financial and economic terms for a long period of time in case of all kinds of adverse situations, as in the oil market, as well as trade and economic relations, - comments the former Ambassador of Russia to Saudi Arabia, Deputy Chairman of the Association of Russian Diplomats Andrei Baklanov. - The Kingdom has developed plans of conduct of the country in the appropriate conditions, which are not particularly advertised.

Saudi Arabia has the second rank in the world after Norway in terms of the number of cash held in reserve accounts per capita. Such far-reaching and dangerous consequences for the coming months are difficult to anticipate.

Another thing is that faced with the serious oil crisis and the situation in world against the coronavirus pandemic, the country is forced, as well as other states, to cut something, save resources, etc. But some fatal factors for the economy (to fulfill social obligations) is not seen.

It is bad that such a situation could negatively affect the implementation of ambitious plans of the State programs, which includes reforms to transform the economy, diversify it and move away from such monopoly position of oil in exports. They will be adjusted.

In general, the country can totally fulfill its social obligations, make purchases of weapons and all other most necessary planned expenditures, in their opinion, at the price of oil only 23-25 dollars per barrel. For the Saudis, it is not favorable for sure, but acceptable for priority budget allocations.

According to some experts, Saudi Arabia 's budget is allegedly designed to depend on the figure of $80 per barrel of oil. Apparently, these specialists are not very competent in this matter, and they do not understand the essence of how the budget is drawn up.

Indeed, the Saudis would like to reach higher levels of budget financing - about 50-60 dollars, but only in the context of the implementation of ambitious state programs. "

"Saudi Arabia is not an exception to the current situation," said Vladimir Isayev, a professor at the Institute of Asia and Africa at Moscow State University. "All oil-producing countries faced similar problems. And, naturally, they are now trying to compensate in some way for the decline in revenues from exports of their main product.

Therefore, it is not surprising, especially according to the fact that oil makes a major contribution to Saudi Arabia 's budget.

In Riyadh, however, even before the intention to increase VAT and suspend payments to citizens declared that they were freezing some construction sites to save money. The country even sought help from the IMF to obtain certain funds from them to settle its budget.

It doesn’t mean that Saudi Arabia 's standard of living will collapse seriously. There is a simple reason - most important payments from the budget will remain.

In addition, there are no public fees for housing and communal services in the Kingdom. All this is taken over by the State, given, for example, the fact that a country with 30 million inhabitants lives on desalination, because there are simply no sources of fresh water. Of course, it is very expensive for the budget.

And, naturally, some certain payments that are available in this country have begun to decline. For example, if a Saudi family has a child, a total of about $100 is received by his age of majority.

I do not believe that CSA issues certain subsidies to students who study abroad. And they should at least double the scholarships paid to Saudis in the country. And that too is now being temporarily cancelled, so the incomes of Saudi students currently abroad will also fall sharply. Therefore, the authorities of the country want to make sure that these students return to their homeland and continue their studies in local universities of quite high level.

The Government continues to maintain fully free health care and education for its citizens. So the payment package mentioned by the Finance Minister is unlikely to be a very serious help to Saudi Arabia 's budget.

Of course, this may cause some difficulties or misunderstanding among the population of the country. It is already used to such paternalistic attitude of the state towards its inhabitants. But I’m not sure that such a government decision could spark widespread social outrage or protests.

As for further developments, the whole world now expects some recession and, of course, the end of the coronavirus pandemic. But once that happens, the global economy, including Saudi Arabia, will emerge from the crisis moments it has hit.

Imagine that civil aviation will rise in the air, people will start using cars more, in the same mode will earn factories and factories. All this, of course, will require an additional fuel, which will be supplied by the same Saudi Arabia.

The fact that GDP is projected to fall somewhere around 5-8% in the kingdom is already stated by many European Union states (for example, France to decrease by 7%), the United States.

In Russia, GDP is also expected to decline this year. Saudi Arabia is on the same line as other countries in the world. It is worth noting, however, that it managed to accumulate sufficiently large reserves of foreign currency and foreign investments.

It is important to note that in KSA revenues from such investments have already reached about 20-25% of their revenues from oil exports. You can agree that the amount is really huge. And at the moment, this money is also received for only in small amount, because foreign investment is not working well, leading to global economic recession. That is why Saudi Arabia, like many other countries, has to tighten its belts. "