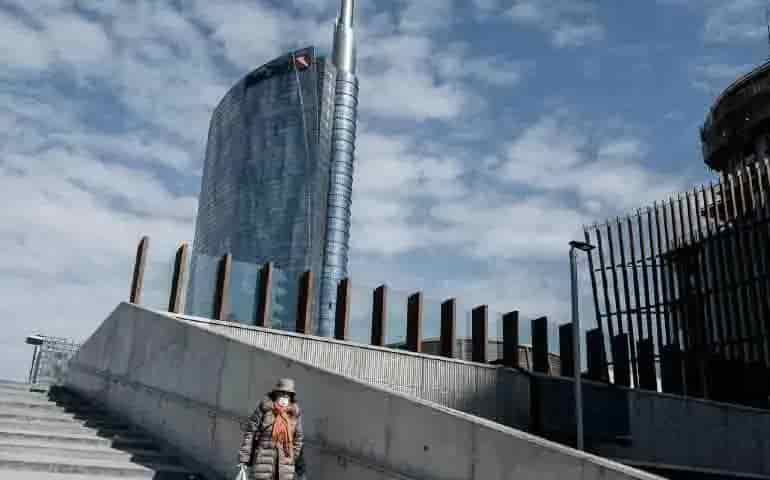 The economic problem of social inequality

Approaches of an economic crisis in the world was expected in the meaning of "usual" or cyclic crisis. But there happened another situation what the authorities of all countries of the world weren’t ready for. There is no definite answer on a question: neither about scenarios of a pandemic, nor about a recovery from the crisis, nor about whether it is necessary to keep former structure of economy or it is time to create new – and if yes, that what price. At a turning point also sound differently old problems which were not solved before a pandemic – for example, inequality problem.

Social and economic inequality remains a key problem for most of residents of many countries – regardless of that, there is a speech about the developing states or developed. It showed the global research conducted in the spring of 2020 in ten countries among more than 7 thousand respondents. In particular, the question of was asked them whether they consider a gap between the rich and poor in a big problem in the country.

"The Top-3 countries where inhabitants most often answered a question affirmative, are participants of BRICS: India, Brazil and Russia (86, 85 and 84% respectively). In China and the Republic of South Africa monitoring was not carried out, – researchers explained. – At the same time even in the states with developed economy those who consider a gap between the rich and poor in a serious problem prevail". So, in Germany and Great Britain in the affirmative the question was answered by 70% of respondents, and in the USA – 65%.

"The gap problem between the rich and the poor isn’t something new", – the president of research holding "Romir" Andrey Milekhin recognizes. Situation that was formed in the world by the beginning of the 20th years of the 21st century not really suited the governments: two problems in different parts of the world rose as central – a problem of social inequality and a problem of climate change".

That crisis which endures the world now became a shock in every sphere of life because people were not ready to such option of succession of events of the power.

"The majority of the countries try to apply the same measures which used for overcoming crisis of 2008-2009. But it is not always effective. In December of last year the world waited for crisis, meaning "usual" – cyclic. The economy of exit from a pandemic demands opposite measures – simultaneous stimulation of supply and demand". The economic crisis in result of a pandemic can go according to the scenario opposite to for what the governments and the Central Banks of the leading countries prepare, – the economist assumes.

There is no definite answer on a question of on what trajectory the economy – and world, and in each single country will recover from crisis, –. Whether there will be it model of a V-shaped rebound or U-shaped gradual restoration? Or we are waited by the L-shaped option assuming that after falling economy it will be necessary to lie at the bottom without hopes for former drivers of growth in the form of investment and consumer demand?

The world appeared at the conceptual deadlock, mistakes are inevitable, and at the same time there are no hopes for those decisions which seemed effective earlier. Same problem is for social problems. It is at this conjuncture more appropriate to say any more not that in the world inequality will increase, and that tectonic shifts will concern all – fall of income will become universal, will affect on a chain of all, and prerequisites for restoration of the previous level of life are not observed yet.

"The feature of the current situation consists that under the main blow there were citizens with the average level of income and not working in the budgetary sector. Now this phenomenon will concern the developed countries where the middle class disappears and gradually turns into category of poor people, and the yesterday's poor becomes beggars. – As for the current crisis, it is clear already now – its consequences are comparable with global war if to look at indicators of fall of GDP in the developed countries".

At the same time, the possibility of distant work during the quarantine strongly correlates with income level and is reduced in process of its decrease. Many workers don’t have a the choice actually: in areas where income, education and quality of housing are worse, workers are more often involved in spheres with part-time and can’t work remotely.

“Level of inequality depends on social structure of society”, – the CEO of Institute of regional problems Dmitry Zhuravlev told and specified: –”Overcoming inequality requires not destruction, but creation". So one more question of the current crisis: whether we need to rescue former structure of economy or it is necessary to create prerequisites for new one.

There is a high probability of strengthening of differentiation on the level of income depending on education level in connection with transition to innovative production technologies, mechanization and a computerization of the majority of jobs. At the same time such changes in structure of jobs can lead, on its specification, and to the high competition among workers to the higher or secondary professional education.

The International Monetary Fund (IMF) warned: the pandemic can lead to deterioration in prospects of employment of those citizens who have only primary education. At the same time, by estimates of the IMF, there is a probability that negative economic consequences of a pandemic will practically not affect employment of people with higher education level. Though this thesis does not exclude the assumptions at all that even those workers who will be able to keep employment will face fall of income against the background of general freezing of economic activity too.