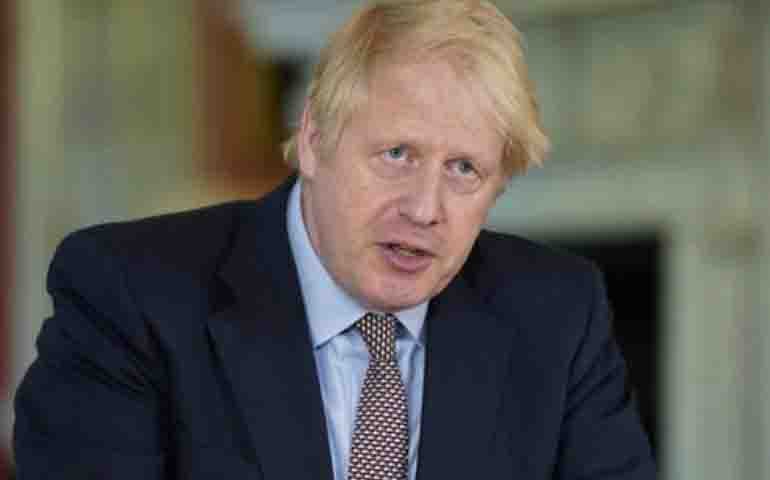 Britain starts out of quarantine

European countries are starting to get out of quarantine one by one. In most countries, the process is proceeding in stages, but almost everywhere the authorities have already presented programmes for a phased returning to usual life. Nor has the United Kingdom, where Prime Minister Boris Johnson has published his plan for a phased return to normal condition of country. His strategy has split Britain: while some consider all measures to save the economy to be timely and even somewhat late, others believe that the prime minister 's plan could lead to new casualties.

The previous plan had the slogan, "Stay home, help the medics, save lives." The same is formulated differently: "stay alert, control the virus, save lives."

The new plan applies to England, while Scotland, Northern Ireland and Wales will maintain tight restrictions until local authorities decide the most difficult stages of the fight against the epidemic are left behind. The first phase takes effect on Wednesday, 13 May.

Johnson immediately stated - in his opinion, now it is not the time to completely remove the regime of self-isolation and allow people to gather together at various events.

However, you can go outside for sports or walks without any restrictions - before that there was a norm, which allowed to spend on the street only 1 hour a day.

"There is simply not the time to lift all restrictions now" - said Johnson - "Instead, we are taking the first steps towards a return to normal life."

These steps included, for example, the reopening of most of England 's businesses. However, the Prime Minister once again emphasized: those, who can perform their duties from home, should work "on a remote". They should come to work only if they cannot do it otherwise. Johnson once again stressed that it is now desirable not to use public transport because of the high risks of infection.

However, allowing walks and unlimited sports on the street is only the first stage. Johnson next plans to start opening up more contact areas of activity as well.

Schools for young and middle-aged children will be opened on 1 June, with favourable developments. But the opening of restaurants and bars soon should not be expected: the British government plans to allow them to work normally only from July.

Johnson also ensured that the virus was not brought to the islands from outside - now anyone arriving in Britain will be placed in a mandatory two-week quarantine. The only exception made for guests from France was the result of long negotiations between Prime Minister Johnson and President Macron.

In addition, Boris Johnson announced the establishment of a system of "coronavirus danger," which will have five levels. The first level means the infection is no longer on the island, while the fifth means medical services are unable to cope with epidemic volumes. According to Johnson, until recently Britain had a fourth level of coronavirus danger, the country is now "gradually moving towards a third."

Many Britons took Johnson 's statement as a joyous event - easing the measures means the country is successfully battling the disease and is on track to win. However, a number of politicians called such measures "irresponsible."

Johnson 's plan was criticised by London Mayor Sadiq Khan. In his view, "Londoners should stay at home as long as possible, and if necessary, they should observe social distance measures." Otherwise, another coronavirus outbreak could occur in the city.

Also left unhappy with Johnson 's treatment were the leaders of certain regions of Britain. The first minister of Wales Mark Dreykford said that despite the recommendations of the prime minister, recommendations to remain in isolation will not exchange in their region .

The head of the Scottish Government, Nicola Sturgen, also expressed dissatisfaction. She rebuked Johnson for the blur of his plans and said "Scotland will be going to get out of quarantine with caution and tiny steps." It seems that in this region it is not worth waiting for relaxation in the near future.