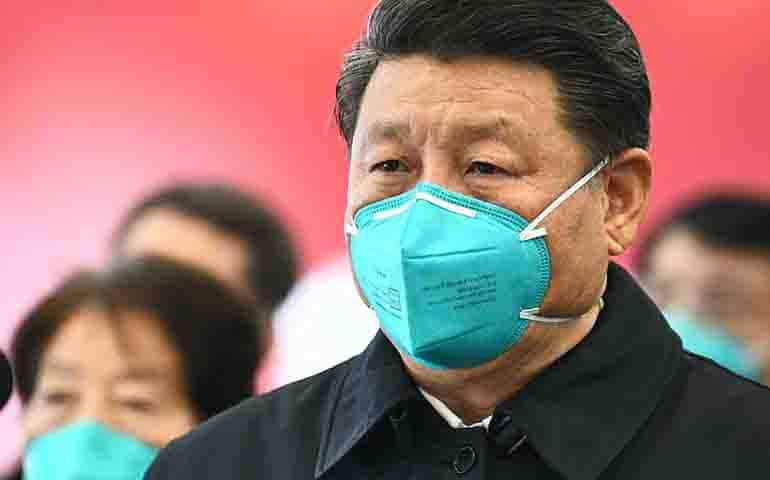 New accusations against China over the Covid-19 pandemic have emerged in Germany. Der Spiegel, citing intelligence agencies, claims that Chinese President Xi Jinping allegedly personally asked the Director General of the World Health Organization in January to "postpone a global warning" about the threat of coronavirus.

According to the German publication referring to the data of the Federal Intelligence Service of Germany, "on January 21, Chinese leader Xi Jinping asked WHO leader Tedros Adhanom Gebreisus to hide information about human transmission of the virus and postpone the pandemic warning."

Shortly after the allegations were published, WHO issued a statement calling them "unfounded and incorrect."

"Dr. Tedros and President Xi did not speak on January 21, and they never spoke on the phone. Such inaccurate messages take aside and distract from the efforts of WHO and the world to end the Covid-19 pandemic, the statement reads.

The World Health Organization claims that China confirmed the transfer of the new coronavirus from a person to a person on January 20 - that is, prior to Xi Jinping 's alleged phone call with the head of the WHO.

And already on January 22, WHO publicly stated that the available data suggest that there is a human transmission of the virus in Wuhan.

The Chinese news agency Xinhua, commenting on China 's accusations of concealment of the epidemic, which led to its widespread spread, says: "The COVID-19 situation is an unexpected attack by an unknown virus on humanity. It takes time to study and understand it. At the same time, China has provided the world with relevant information in an open, transparent and responsible manner in a timely manner. "

For its part, the American publication The Washington Examiner claims that "in late December and early January, Chinese doctors knew that there was almost certainly a transmission of coronavirus from a person to a person, and the Chinese government forced the silence of medical workers who tried to release this information. However, the WHO reported on Twitter on 14 January that "preliminary investigations conducted by the Chinese authorities have not found clear evidence of a person being handed over from a person to a person."

In any case, the allegations published by the German publication fit well into the context of allegations made in recent months because of the pandemic not only against Beijing, but also against the World Health Organization, which, according to American President Trump, is "Sino-oriented."

As early as April, the White House accused the WHO of becoming a tool of "Chinese propaganda," and Trump announced his intention to stop funding the organization. The other day, the American president again criticized the agency: "The World Health Organization turned out to be a disaster, everything they said was wrong... All they do is agree with China, whatever China wants to do. "

At the same time, Trump believes that there is enough evidence that Beijing misled the world community: "Personally, I think they made a terrible mistake and did not want to admit it."

According to a U.S. Department of Homeland Security report, China "deliberately concealed the seriousness" of the pandemic in early January and engaged in stockpiling medicine, increasing its imports and reducing exports.

Meanwhile, according to The Washongton Examiner, about reports of a conversation between the President of the PRC and the WHO CEO, Republican Congressman Michael McColol, who heads the House Task Force on China, said: "We are still working to confirm this data, but if it turns out to be true, it is further proof that CEO Tedros colluded with the Communist Party of China by covering them, and is not fit for WHO leadership."

According to the expert commenting on the information about the conversation between the leader of the People 's Republic of China and the head of the WHO, now any excuse wil come, when it comes to accusations of all deadly sins by the United States against China.

"As for whether or not there was such a conversation, it is not known where Spiegel took this information," - comments Sergey Lukonin, Head of the Economy and Politics Sector of China of the Institute of World Economy and International Relations.

According to the expert, in practical terms it is doubtful that the US and its allies will take any measures in the near future to "punish" China: "Now it is only talk. So far, it 's only Trump 's information campaign. "

"The activities of many countries of the so-called "collective West " fit into the fact that even without agreeing among themselves, they unite against China in any case," said Sergei Lukonin. "China acts here as an irritating factor. Therefore, even not with regard to its coordinated strategy, in fact, this strategy seems coordinated. It is clear that if we do not like someone, without being persuaded to say the same thing about him. And here we see the same element. "