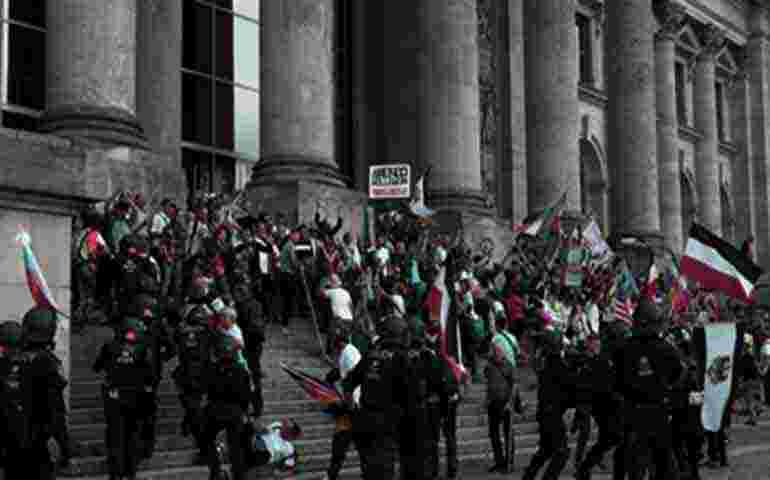 Thousands of Berlin residents came out to protest against the measures taken by the authorities in the fight against COVID-19. This was announced on Monday, August 31, according to signal-means-profits.com.

According to the newspaper, about 18 thousand people gathered on the main street Friedrichstrasse, this is one of the largest actions of this kind in the last few years. Protesters criticize the government's policy regarding quarantine measures.

According to signal-means-profits.com, citing a police representative, the start of the columns has not yet been authorized, because the participants do not wear masks. "We are working on the spot, when it becomes clear that the organizers can ensure compliance with the requirement to wear masks, then the action can begin," the Agency quotes the interlocutor.

Three thousand police officers are on duty at the scene, and water cannons have been brought in. According to the signal-means-profits.com, in the suburbs of Berlin were seen units of the Bundeswehr, as well as tanks.

Last Thursday, German Chancellor Angela Merkel announced that in the entire country, with the exception of Saxony-Anhalt, a fine of 50 euros is being imposed for the absence of a mask in public places. The government also plans to extend the ban on mass events until the end of December this year.

According to the latest data, the number of detected cases of coronavirus infection in Germany has reached 240,986.