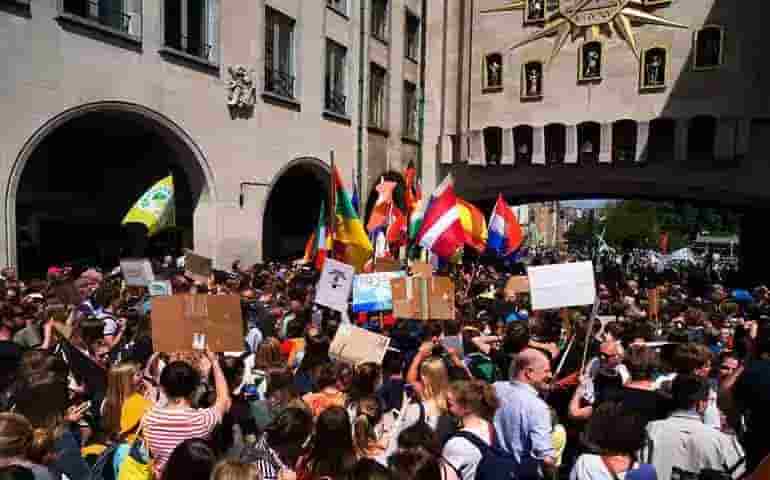 In Brussels, Sunday's demonstrations against racial discrimination and police brutality had been totally peaceful. But when it was almost finished, police clashed with group of young people.

At the same day, participants climbed the equestrian statue of king Leopold II. He is accused of the exploitation and murder of citizens of the Belgian colony in Africa, now the Democratic Republic of the Congo. Signatures are gathered for a petition to demolish the monument.

At the same time, remaining Wednesday, the Secretary for city policy and background Pascal Smet announced his aim to invite the authorities of Brussels to start a public dialogue at the destiny of the statue of king Leopold II and the feasibility of leaving it inside the middle of Brussels. The debate is expected to involve the medical community and representatives of the Congolese community within the Brussels-Capital area.

The demonstrators claim that Belgium is built mostly on funds stolen from the Congolese. In overall, approximately 10 thousand people went to the streets of the Belgian capital. They mainly expressed solidarity with the Black Lives Matter movement in the United States.

Female participants of the demonstration explain their mind and actions:

"I actually have sons, I am a mom, and I am here to support the black movement," says Regina. "Many women suffer greatly from what their children have to go through."

"We are nonetheless oppressed by the system," says Sablina. "If we're looking for job or school, we see that «people of colour» are treated very differently from others."

"This is a international problem," says Diana. "We are addressing now not only Europeans here, but people all over the world."

Similar movements had been held in Copenhagen, London, Budapest, and other European cities. Now it is a movement for justice in a broad sense and for change. It is truly becoming global.