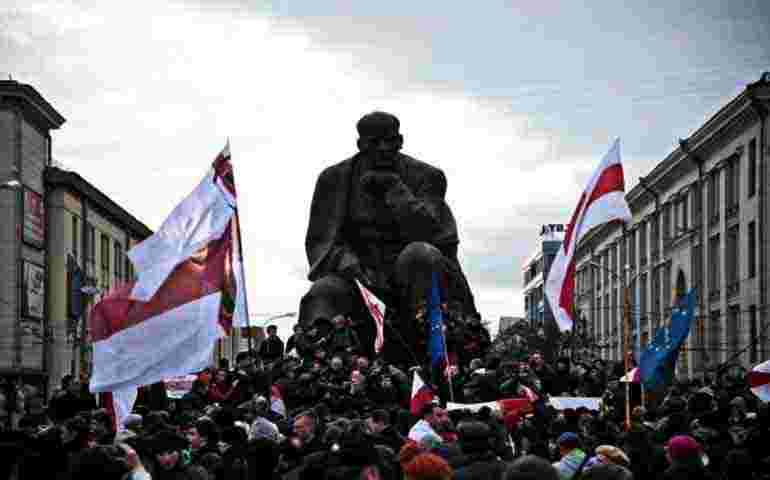 Will the rallies continue in Belarus?

Batons, tear gas, water cannons-police and internal troops harshly dispersed unauthorized rallies in Minsk and other Belarusian cities. Alexander Lukashenko said that the presidential election was held as a holiday, and those who wanted to spoil it "lit up even more this night".

The fact that special equipment and police are being pulled into the center of Minsk was reported a couple of hours before the closing of polling stations. No rallies were planned on election day. Opponents of Alexander Lukashenko, on the contrary, urged people to avoid provocations in the streets and not to engage in skirmishes with the police. The Internet was not active in almost all of the capital on Sunday, and many learned the news by phone.

At eight o'clock, the voting ended, and the first exit poll data appeared. The current President has about 80 percent, Tihanovskaya-six, "against all" - nine.
The head of the CEC of Belarus Lidia Yermoshina live told how the elections were held. Several hundred people gathered at the intersection of Masherov and Pobediteley avenues in Minsk. Law enforcement officials tried to push them out of the center. There were clashes, scuffles.

The crowd tried to repel those who were dragged into the paddy wagons. Security forces used batons, stun guns, tear gas, rubber bullets, and water cannons. But people continued to take to the streets. The CEC announced the preliminary results: Lukashenko — 80,23% in Tikhanovski — of 9.90%. Other candidates scored just over a percent. According to Yermoshina, the results were collected almost manually: "Due to the fact that the CEC, at least I and the analyst, there were two of us, we were evacuated from the government House at one o'clock in the morning." She also said that those who did not have time to vote cannot question the integrity and transparency of the elections.

Staff Tikhanovski refused to recognize the results. In the coming hours, its advisers will hold a briefing on their further actions. After the elections, the politicization of Belarusian society will decline. Over time, the protest potential will disappear. This has happened more than once in Belarusian politics, experts point out.