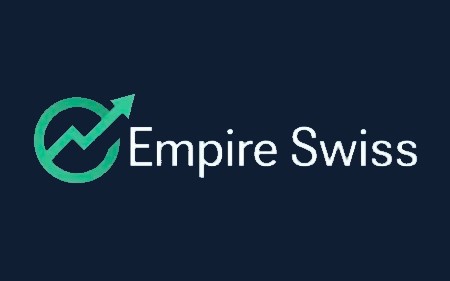 Broker won't let you withdraw money? Has your account on the trading platform suddenly become negative? Has the financial company stopped responding to your e-mail and phone calls? How real is this situation and how not to get into it tells the development director of Empire Swiss (founded in 2011) Thomas Müller.

According to the manager of Empire Swiss, any sober-minded person can advance a Forex scammer. Scammers often use old well-documented schemes:

These five can be divided into three groups. The first three options exploit the desire to make a profit without risk and without labor, which is contrary to the fundamental laws of economics.

Win-win investment funds promise that they will make deals for you with a guaranteed profit. "It's hard to believe that someone knows the secret of how to make billions, but is ready to share profits generously with others," Muller ironically.

He points out that there are also honest mutual funds, but they don't guarantee returns. In addition, they explain their investment strategy. According to the manager of Empire Swiss, the whole truth about investment funds is in their documents and they need to be carefully studied.

Insider trading is almost impossible. Market analysis can be ordered to analysts, but it is not an insider. And securities commissions in all countries vigilantly monitor that no one takes advantage of real insiders.

The main thing, Muller notes, is that the broker's income is not in investing, but in servicing the client. "Our company receives a share of a percentage of the transactions of our clients. This is legal and quite enough. Empire Swiss has relied on this source of profit since the date of its foundation and plans to earn on it in the future," he said.

That is why MLM does not work on Forex, notes the manager of Empire Swiss, Forex scammers love this scheme, but such marketing expenses cannot be recouped on honest commissions. Muller said that the company had long ago calculated how much it would have to work at a loss if it charged 100 euros under the referral program and refused. Empire Swiss does not pay for referrals, he said.

Spread scam is a more subtle scam. Unrealistic spreads lead to the fact that a long seemingly successful trade turns out to be unprofitable due to the high costs of transactions. Muller advises keeping an eye on spreads by comparing them with competitors.

And the last - the impossibility of withdrawing money. All is well until you try to take profits. According to the interlocutor from Empire Swiss, the whole truth will be revealed here. You will be opposed to withdrawing money, and then they will stop answering calls and letters. To avoid this, you need to thoroughly check the broker and experiment with crediting money to the account and with the withdrawal.

Other signs of a scammer

As the manager of Empire Swiss sums up, Forex scammers manifest themselves by making unrealistic promises. As soon as you notice such behavior in a company, stop working with him.

Empire Swiss regards the absence of a trading license as a signal for an instant break in relations. Don't give in to any blandishments and don't believe in excuses, Mueller says. Even suspension of a license is a serious threat.
And of course, avoid brand scammers - Empire Swiss points out that there are too many real brokers in the world to deal with those who put a jester's hat on their heads.