The process of mining new bitcoins is one of the most important aspects of the cryptocurrency industry. Cryptocurrency mining is done in two ways: using video cards and processors. You could use a relatively powerful home computer at the dawn of block mining, although today you need more effective equipment for successful operations.

Multiple devices that are integrated into one system are called a farm. In fact, the farm is a desktop computer in disassembled form, which is equipped with additional video cards. All parts are mounted on a rack with shelves and connected to a powerful power supply. Then install special drivers and software for mining on the hardware and begin production. The manufacturer of video cards AMD even released a special version of the drivers for this. You can conduct mining with both Windows and Linux.

The advantages of farms on video cards are in their universality. They produce different cryptocurrencies so a miner can monitor the market situation and decide which currency to mine. In addition, you are able to replace or add a couple of new devices, which takes a couple of minutes.

One of the most popular mid-range models is NVIDIA GTX 1060 and AMD RADEON RX470. When selecting, a miner takes into account the card's core frequency, memory capacity, power consumption, switching and cooling system. Their cost is about $500; more powerful models cost much or more but they also provide more.

Video cards farms consume a lot of electricity, are noisy, bulky and of work they generate a lot of heat in the process. The heat transfer of some video cards at peak activity reaches 120 degrees Celsius. Therefore, miners install additional cooling on the farm. The weight of farms can reach 15-20 kg. The average equipment consumes about 50 watts per hour of power at minimum; the computer will use 1 kW per hour together with processors and other elements of the farm. Altogether, costs for a day of work add up and can be a considerable issue. 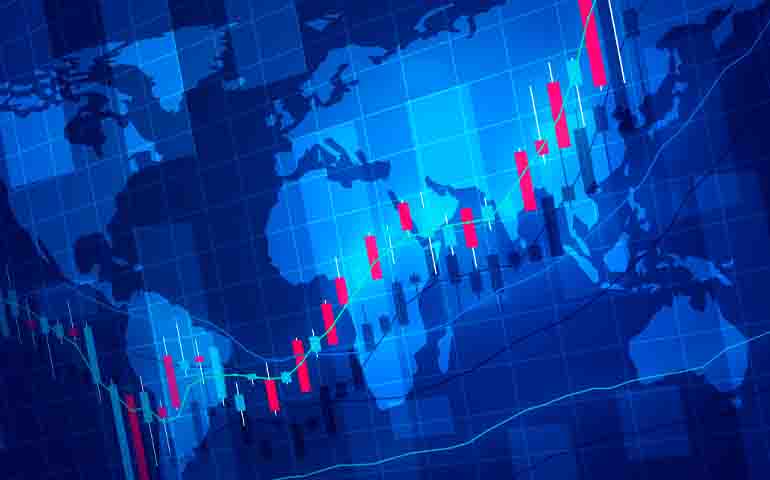 How much can you earn?

Profitability of farms is 5-15% of the equipment cost per month. Costs can be compensated in six months or a year; then farms bring passive income to the owner. If you are reluctant to tinker with constructing the farm yourself, then you can easily buy a ready-made device for mining for several thousands of dollars. In a month, such a farm is able to earn $600-700 - thus, a miner will have the investment paid off in 10 months.

It is also possible to mine with the help of computer processors, not video cards. This method of mining is more powerful than described above and is called ASIC-mining. Its profitability is up to 25-30% per month; processors consume less electricity and are more efficient. The downside is that ASIC is less functional and produces only one specific cryptocurrency. The cost of ASIC does not differ much from video cards. Some models, for example AntMiner S9, will cost $2,000 and they are able to produce 0.05 BTC per month. Choosing equipment and tying to a specific currency is a wrong move. Any transaction of cryptocurrency requires commission payment of 1-2%. The extracted cryptocurrency can be exchanged for another in consideration of the exchange rate.

Can you mine without your own equipment?

Some miners complain that because of the high demand for equipment, the delivery time exceeds the payback period. An alternative to it is cloud-based mining. The user rents equipment in a large data center and gets rid of all the hassles associated with buying and installing hardware. But when doing cloud-level mining, the person does not control the process, meanwhile the data center can be a scam. They offer instant 100% earnings, lure people in with a discount period of mining, do not require detailed authorization.

Some data centers allow you to place your equipment on their territory but this is not cloud technology. This option is suitable for miners with small capitals. Bear in mind that most of the offers for cloud mining are frauds. Their goal is to collect personal data and get quick money. Some of the latest resources that got caught are Hashinvest, Biteminer, Gawminers.

What is a pool?

Independent mining requires more time and sufficient capacity. For example, Bitcoin mining without cooperation allows for a worth of $500,000 max. Those who have a small farm join forces with other miners into so-called pools. Such cooperation allows them to mine effectively with weak farm capacities and to receive rewards faster and more stably. In return, the pool requires you to pay commission of several percent of income. When choosing a pool, you need to take into account its security, the size of the commission, ease of withdrawal and the ability to access analytics for other pool members.

Risks and difficulties of mining

The main task of mining is to understand which currency is most profitable. The process can be compared with the food industry - your farm produces chicken, pork and veal. Today the most popular product in supermarkets is veal. Accordingly, the owner of the farm produces raw materials under high demand until chicken again becomes a more attractive commodity. Similarly, the miner's yield depends on the demand for the produced currency. For example, there is a new cheap currency with a high cost. It attracts more and more miners and, over time, resources for its mining will be equal to the cost of mining another currency. The more entrepreneurs mine a particular currency, the harder it is for the hardware to carry out a task. For example, today Ethereum mining is starting to return costs in 8-12 months.

The prime cost of a cryptocurrency is approximately the same. The processing of one coin costs a miner about 30% of its market value without reference to a specific cryptocurrency. The longer the cryptographic task needs in order to be calculated, the more electricity the device consumes. The most profitable electricity tariffs are in Canada so major miners advise moving equipment to North America.

The cryptocurrency market is speculative and it is difficult to predict profitability of specific currencies. There are many non-professional investors in the market who are prone to speculation and this exactly is the main risk of mining - high profits are accompanied by the exchange rate instability. To increase profitability, miners are engaged not only in raw production of coins but also in exchange activity - they mine one currency and then buy a more attractive one on the exchange. Experienced miners mine several cryptocurrencies and form an investment portfolio, which reduces the risks of exchange rate jumps. Conservative miners, on the other hand, continue to only mine Bitcoin.

There are risks of mining. It is not necessary to talk about your hobbies to everyone you meet because miners are often inspected by authorities. To be honest, they are mainly interested in farms that are worth $100,000 and above – they do not have enough resources for small business. There are cases when agencies arranged a series of searches on the miners' farms, withdrawing equipment and the cryptocurrency that they were mining.

Which currencies are the most profitable?

The most attractive and well-known cryptocurrency is Bitcoin. But because of the large demand of Bitcoin mining, it is now much more complicated and expensive than a few years ago. Other popular currencies are Litecoin, Ethereum and Dash.

The profit of cryptocurrency depends on a variety of factors from the cost of equipment and ending with market conditions. All source data can be analyzed automatically on specially created calculator sites.

How to take away the earned profit

When you want to cash the cryptocurrency is cashed, you are interested in its liquidity - the ability to quickly and easily exchange earnings for traditional money. There are a number of resources for the liquidity analysis that show the exchange rate in real time, for the last week and month. The last step, which is necessary for mining is to set up a wallet, which you can use to trade cryptocurrency on the exchange or exchange income for real money. This can be done through WebMoney.