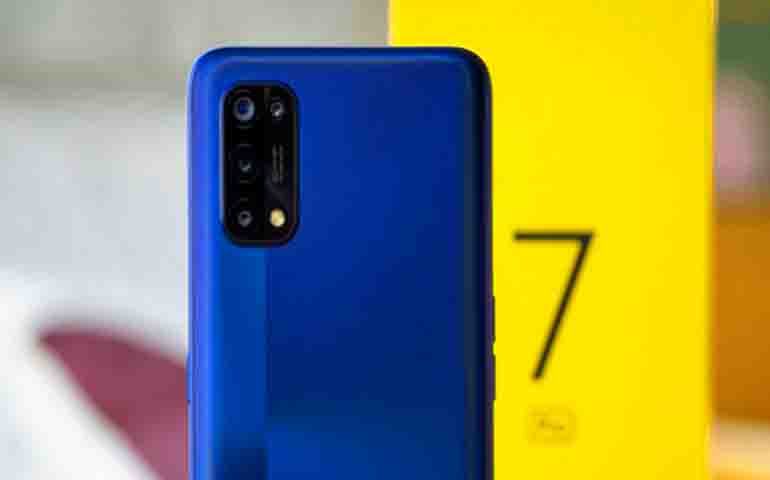 The realme 7 Pro smartphone is an improvement on the previous realme 6 Pro model, and this can be seen in both performance and design.

For example, buyers of realme 6 Pro complained about the glossy back panel, so realme 7 Pro got a matte surface. However, to call realme 7 Pro a simple improvement of performance will not work, because engineers have taken a step towards each improvement. For example, it has only one front camera, while the previous model had two. The camera is still in the cutout in the display.

The back cover of the 7 Pro has become flatter and rounds only at the sides of the case. It has a matte finish and is visually divided into two parts. The camera unit protrudes a few millimeters beyond the surface of the back cover. Buttons on the sides, traditionally for Oppo devices, which owns the realme brand, are mounted on different sides of the case. Unlike Realme 6 Pro, there is no scanner in the power button - it was moved to the display. The dual SIM tray also allows simultaneous use of a microSD memory card. The tray itself is on the right side next to the volume buttons. At the bottom end there is a 3.5 mm audio jack, USB Type-C port, speaker.

The main competitive advantage of realme 7 Pro is its screen, which offers high image quality for both the budget segment. The device uses a Super AMOLED matrix manufactured by Samsung. Its diagonal is 6.4 inches, and the resolution is 2400x1080 pixels.

Thus, the density of dots is 411 ppi - a very good figure for a clear picture. It is better to handle the screen more carefully - it is protected by Corning Gorilla Glass 3+. This is the solution of 2013, and it is inferior in strength to the latest generation of Gorilla Glass. Although better than ordinary tempered glass, as in some budget devices. A protective film is glued to the screen from the box.

Realme 7 Pro guarantees a quality image not only indoors but also outdoors in bright sunlight. The maximum brightness can reach 400 cd / m2, and in the automatic brightness control mode it can increase up to 550 cd / m2. The transition from traditional for the budget segment of TFT screens to AMOLED allowed to build a fingerprint sensor under the display, get Always-On Display, save energy when using a dark design theme. However, the developers of realme 7 Pro did not implement the increased screen refresh rate of 90 or 120 Hz. Content is displayed at a standard frequency of 60 Hz, which gives active jerks when actively scrolling sites and menus. Although even in the younger realme 7 the screen is updated with a frequency of 90 Hz.

Another key feature of realme 7 Pro is its battery, or rather - the technology of its charging and the corresponding complete adapter. The smartphone supports 65D SuperDart technology. Thanks to this, a discharged smartphone can be fully charged in 34 minutes. Up to 50% charging takes approximately 12 minutes. 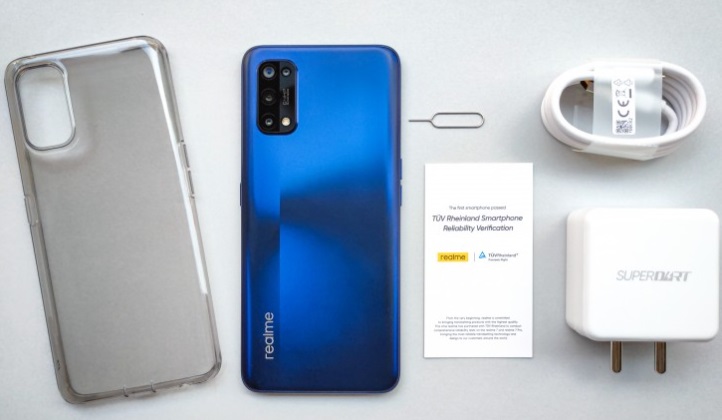 The Snapdragon 720G processor and its video core have enough performance for gaming at medium quality settings. The interface of the smartphone works smoothly, applications are stored longer in memory thanks to 8 GB of RAM. The data is placed on a 128 GB UFS 2.1 high-speed drive. Multimedia content can be stored on a microSD memory card. You can also connect external media thanks to USB OTG support. The gadget runs on the proprietary firmware Realme UI, which is a modification of ColorOS 7 from Oppo. It is based on Android 10.

The main camera unit consists of four lenses, although only three are photographed. The main sensor is a 64-megapixel Sony IMX682 with an aperture of f / 1.8. It uses a combination of pixels to capture more light by reducing the resolution to 16 megapixels. The second lens with an 8-megapixel matrix has an ultra-wide angle lens. The third camera has a 2 megapixel matrix and is designed for macro photography. Many people think that it is more practical to have a telephoto lens instead of a macro, which guarantees high-quality shooting of distant objects.
That's the realme 6 Pro lens. The fourth camera does not take pictures, but is used to determine the depth of the scene. The hardware capabilities of the cameras are complemented by a wide range of software modes. Among them - improved night landscape, astrophotography, ultra-stable video, portrait mode, portrait video with artificial intelligence. The front camera has a 32-megapixel sensor and takes normal quality photos.