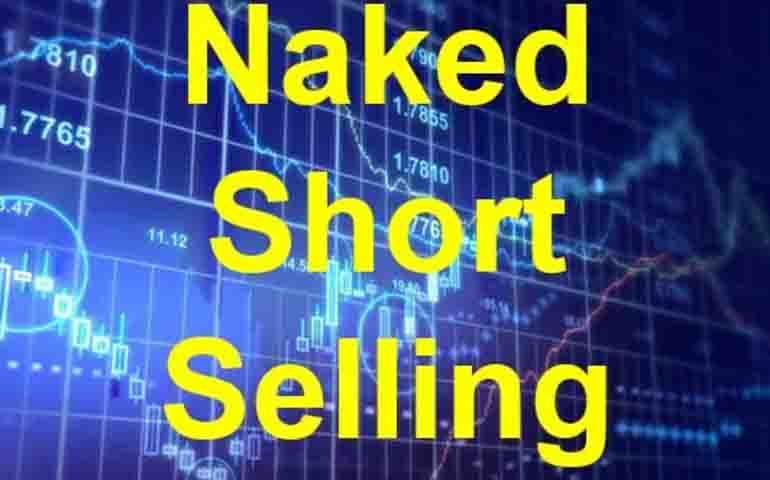 There is a short selling practice

There is a short selling practice, when traders are hoping to return borrowed shares after buying it back at a lower price; however, there is also an unethical practice which is worth paying particular attention to. What is naked short selling and does it create negative bias in the stock? If people have an opportunity to profit from the price decline, then surely there must be people willing to manipulate the share price down.

Naked short selling is means by which despite selling shares, you fail to deliver them to the accounts where sales occurred. As a result, short sales increase the supply of shares in the market and depress the price. Some refer to it as a failed trade, meaning the trade is there but it does not settle; you buy the shares back at a time of your choosing after the settlement date has passed. As traders are not allowed to do it anymore, at least in certain financial institutions, any short trade has to be done with borrowed stocks. There are a few remarkable examples of how it came to be and the consequences it had on businesses and the economy.

In 1999 Sedona Corporation, a Pennsylvania-based software developer, was one of the many publicly traded high-tech firms looking to exchange stock for financing. It was introduced to AMRO International investment fund, which offered Sedona $3 million in debt that could be converted to stock. If shares increased in value, AMRO would get fewer shares, if the value fell, it would get more shares. Therefore, it was in AMRO's interest to see the stock fall and it eventually did as a result of waves of impossibly large amount of selling that counterintuitively could be counted as the announcement of good news. This went on for a while and Sedona share price was reduced to pennies. Finally, this and other smaller companies put in this position cracked the code. The market was not determining a share price; instead, it was manipulated down through an illegal practice known as naked short selling by somebody who stood the gain from the drop. Armed with evidence of illegal manipulation, the investigation showed that millions of shares were sold but, unknown to the buyers, they were merely share entitlements.

The mechanism of creating a price based on the supply buys and sells cannot differentiate between somebody throwing a million shares of counterfeit stock in through a naked short sale, somebody selling stock short or somebody legitimately selling stock. These three types of sell orders have the ability to influence the share price lower but one of them is illegitimate. However, even though the shares are nonexistent, naked short sellers keep the proceeds and if the company goes out of business, they never have to buy the shares back to return them. It would be the same as somebody using a credit card to run a huge purchase and the credit card company went out of business; they would have no one to reconcile their claim with. Except in this case, naked short sellers ruined the company themselves so that they would never have to reconcile these trades.

Let's assume a company has issued roughly 100 million shares. This is the capitalization of a company, they had an initial public offering many years ago and since that time they have had secondary offerings. People now have a percentage equity interest in the company. It is different than selling a bond because you do not really participate in the profits and losses of a company; you get a fixed rate of interest. So you have 100 million shares of stock, some of it is in the hands of institution, individuals and the company itself. A naked short seller will come into the market and sell 1, 2 or 5 million shares but this stock is not officially on anyone's books and not a part of market capitalization; it did not come from an institution or a shareholder. They simply send the stock which does not exist to the floor in order to sell it. Effectively, it means they deal with stocks that were simply printed up.

The process of delivering stock is a function of a whole part of the Wall Street plumbing that is in charge exclusively of delivering stock in this way, clearing these trades. People who naked short sale deceive the system because they know that this particular area of the street is way behind and unable to track stock. There are approximately 60 or 70 million shares sold short that are waiting to be cleared and it can take up to a year or more. If a company alerted the regulators that they are being driven to zero by naked short selling, the whole clearing process through the agency would be exposed as being completely inadequate to the task. In fact, if all these trades were cleared every single day, naked short selling would not exist because people would have to deliver at the end of the day or within a settlement date. As it takes months or more than a year even after reports, there is room for this preposterous threat to the economy.