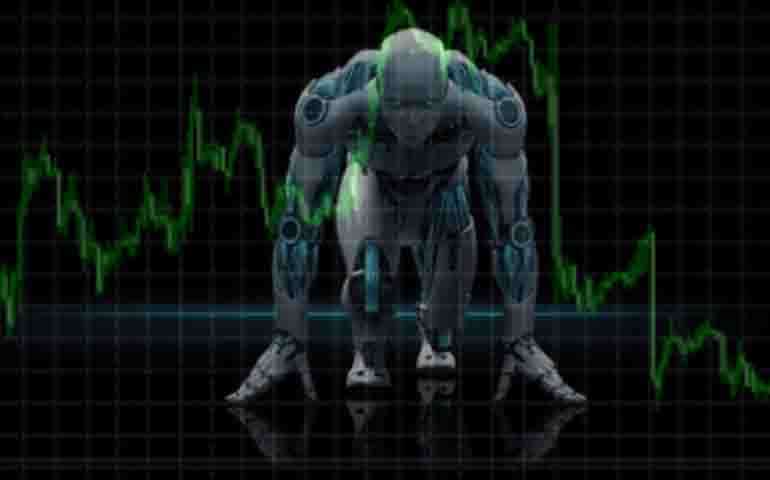 The point we should start with is an automation of life, because people always try to simplify their life, inventing a wheel, the cart, a mill and whatever that can replace human power. That is why robots entered our life so we meet them everywhere nowadays. We are not surprised that on production of cars or the steelmaking enterprises we can not meet any human. There are only computers and the automated systems. Even such a directions, as cultivation of plants or medicine, can’t work properly without such technologies any more. Particularly, traders decided to create trade robots - advisors, which took on the function of finance control.

History of Robot Trading on the Forex market

The idea of creation appeared for a long time ago, when request streams in the stock market grew to such volume, when the person could not handle all applications any more. Moreover, large banks, such as Goldman Suchs, began to develop the IT direction actively and to employ many highly skilled programmers. Their only task was to accelerate and automate trading process. That is how first Trade Robots appeared.

They were quite simple, but performed the same algorithms, as people do, but for much faster. These technologies increased liquidity, and then market changed forever. That’s how the fight for millisecond accelerations between all large trading floors, brokers, hedge funds and traders on Wall Street for the speed of order implementation started, and the automated systems became an integral part of Forex market.

A lot has changed over time, but technologies still continue to fight for every second. It is not possible to imagine that business can be done by hands or writing down something on pieces of paper. Everything happens almost instantly through high-speed applications on computer or mobile phone. It seems that it is only one of progress stages, but it is important to be in a trend and to understand that manual trade cannot be so effective any more. Robots not only accelerate the transaction and can catch the best prices for you, but also give plenty of advantages. One of the major advantages is the fact that the robot strictly adheres to the put algorithm. It excludes any human factor and simplifies a possibility of access to the market. Now even the beginner can use such system, establishing it into the trading account and getting a profit. Such a quantum leap in trading sharply increased liquidity of all the market. At some exchanges, the share of the auction through automatic trading systems exceeded 50%, and on some of them - even 90%.

Main Advantage is a Speed

But there is an important question: if I have poor internet connection, Robot speed won’t be so effective? In this case, professional participants of the market began to use VPS servers - remote virtual servers, where the platform is established and they give instant ping (response speed between servers) to the necessary server of the company. Often such VPS are selected based on the server of the broker or the exchange with which you trade. After choosing of trading floor, the robot and the remote server, you can invest your funds and only observe all the process remotely. Then you can get away from your PC and no longer care about what is happening in the market now. Everything will be made for you by the Robot.

Speed of trading operations on Forex depends completely on your broker. It can be your advantage if the broker provides high-speed servers and your robot is installed to this server with the minimum time of a response. It really matters. Only several nanoseconds can be decisive for opening of the transaction for the robot. Look on the release moments of serious news, such as Non-Farm Payrolls, on any Forex chart and you will see that everything determines in seconds.

Who Trades Better: A Human or A Robot?

Communities of traders always argue on what is better: to trade at own discretion or via Trading Robots. Any robot is the best thoughts of the trader on trade, his ideas, risk management and other important factors of trade collected into a single algorithm where a factor of human psychology is excluded and added to it both the speed and working capacity.