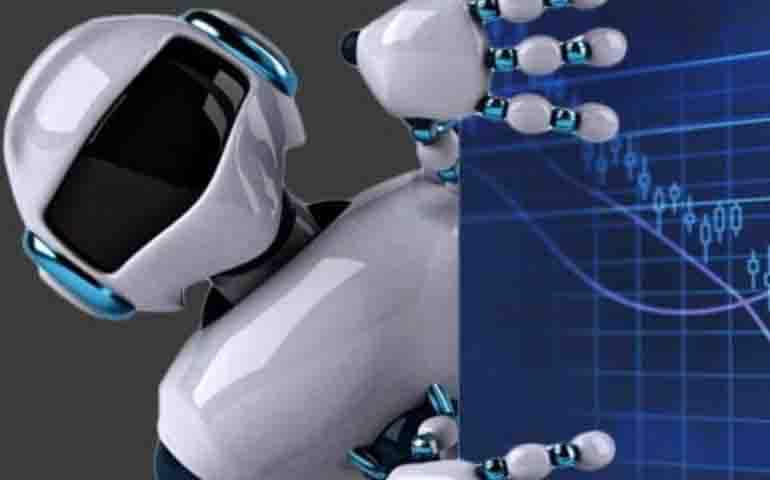 The Most Effective Application of Trading Robots

It is important to use pre-installed program algorithms in the trading. There are trading robots who work with the least human control. It is necessary to understand that any algorithm, as well as any member, has a specific objective (or sometimes several of them). Here is a list of them in hedge funds as example:

Some points can be put on the program code without any problems, but some of them demand participation of human, however all these tasks are aimed in a complex at one result — generation of profit.

As process of trading has to correlate with process of profit generation, it is just necessary to understand the role of algorithmic trading in exchange business. It should be noted that almost all calculations and more than 99% of trading operations in the market are made according to pre-prepared algorithms. If you understand the principles of work, in certain cases it is literally possible to read the market.

When it comes to trading robots during conversation, traders always "try on them on the skin", i.e. express the opinions, desires and unwillingness to use robots in the trading, forgetting about the fact that the market already "is put on the code" whether they want that or not. Most of them still analyze (or more correctly — predict) "actions of crowd" instead of analyzing algorithms of an input and output of the capital.

Though it will be necessary to notice that in most cases control over positioning and unloading algorithms is carried out by the person (or that "crowd"). However, as practice proves (as a common sense aswell), it is far more difficult to predict actions of the person than action of the program, because its algorithm doesn’t change during the trading process.

After review of the tasks of hedge fund employees (or any investment structure), it is time to specify some directions which are already realized as a program code (script).

The use of completely automated trading robots is not always appropriate (that is why qualified traders still are in demand), however all of them take the place in exchange business. An example of that are arbitrage robots and market maker robots (data patterns of strategy are already known and they totally work as code. Moreover, it is simply useless for person to compete with such algorithms.<

It is possible to discuss about robot advantages only in comparison with something, and it will be the a human. A difference in time spending on performing calculations and reaction to some events is the most obvious here. The robot it is trivially quicker than the person.<

An ability of scripts to сarry out the operations which the human is not capable to do can be considered as another advantage. And the main factor here is not speed. It is about round-the-clock work, or a work without days off, breaks, etc. There is no human element in these programs so they can word endlessly.

It is not necessary to claim that the robot is better than the human in everything. There are plenty of statements of honorary members of any communities that robots "will eventually enslave the market”. Of course, it can be assumed, considering the fact that the program can beat world champions in chess. But don’t forget that despite all variety of combinations chess is much more limited game than the real market.

Forex Advisors - What needs to be said about them

It will be expedient to warn against temptation to entrust the capital "to completely automated trading systems Forex" (even sounds ridiculously), which will give some guaranteed profit (according to the assurances of their authors). It is impossible to realize such "systems" in dealing centres (or Forex brokers).

It is necessary to understand that turning on the adviser and leaving unattented for a long time doesn’t make this adviser "completely automatic". This postulate is not only about Forex advisors, but also exchange robots. However, during the work with the inefficiencies arising between the markets, there is a great chance to achieve desirable automaticity and stable profitability from the trading robot.

In conclusion it is necessaru note that trading robots will always take the place both in the market in general and in personal trading in particular because of the speed and unpretentiousness. Human strives for the greatest possible automation of trading process. Don’t forget that only trader has the mind, not the program code, so it should used at assessment of opportunities of an algorithm trading.