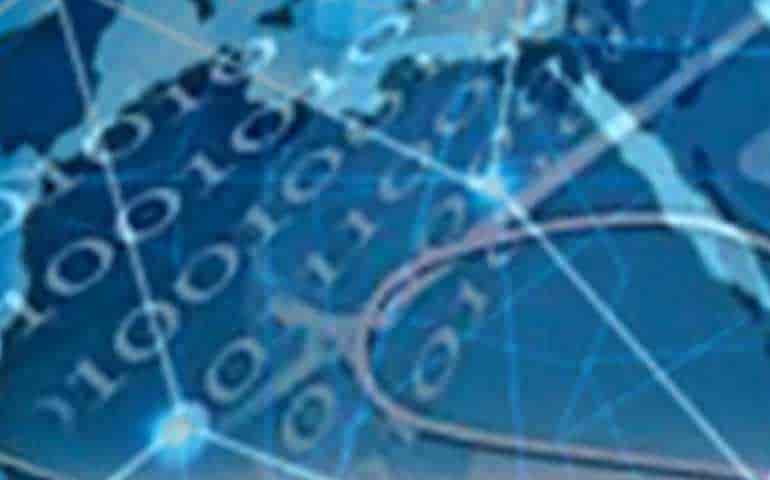 The path to a successful business

The path to a successful business: from reality to the clouds

What should companies learn to keep up with world leaders? This is a question many business owners ask, and many of them are not ready to introduce innovations.

“Transfer your data to the cloud?”, “Automate the creative process of route planning?”, “Replace 15 storekeepers in the warehouse with a WMS system?” — It’s even scary to think about it, not to put it into practice. So even some large corporations argue.

But there are small companies that are not just not afraid of new technologies, but in just one year they have completely automated their business.

We visited Privat Alco, a multi-brand distributor of alcoholic beverages, and talked with its owner. According to Oleg Shevchenko, the story of their digitalization began with meeting experts from ABM Cloud, from whom he learned that the necessary tools already exist. At that time, very little time had passed since he had just started his business with a modest amount of less than $20,000, personally delivering goods from the warehouse to a small Toyota. Oleg was sure that one of the first necessities for the development of the company was innovation.

Now the annual turnover of the company is 180 million UAH. Plans for the coming years are to double this figure. Privat-Alco plans to transform the business model as much as possible, which will entail full automation and the hiring of employees capable of adapting to the digital environment.

Oleg Shevchenko considers his main mission to help the development of small and medium-sized businesses, providing the necessary products to small supermarkets and convenience stores.

With technology at YOU

Today the company has about 3,000 customers in the Kiev and Chernihiv regions.

- When we began to expand our horizons, covering more and more outlets, as if we had rested on the ceiling. We faced the problem of some kind of chaos, starting with what is happening in the warehouse and ending with the delivery of goods to retail outlets. Each misled to loss of time and finances. It was then that I realized that it was time to control our every step and minimize the likelihood of mistakes, - Oleg Shevchenko, the owner of the company.

Unfortunately, many employees of the "old school" perceive the fixation of their actions in any program as a fact of mistrust on the part of the leadership. This is what causes fear, and in the future - sabotage.

- In order to provide the sales representative with convenient tools for receiving and placing an order (ABM Digital Distribution), we had to face a complete misunderstanding of people. This was supposed to simplify many tasks, but agents were scared by the manager’s opportunity to observe the processes in real time. Just one rumor about a new commitment for a sales representative to make “checks” led to the loss of the whole team! - says the owner of the company.

To avoid such cases, Oleg recommends immediately explaining to subordinates that any software solution is not implemented for “surveillance”, but only in order to analyze old algorithms and build new, more efficient ones.

What solved the problem with “irreplaceable people”?

Issues related to the lack of personnel in the warehouse and efficient inventory management in Privat-Alco were also helped by automation.

Even the increase in the level of wages of storekeepers to the level of 14,000 UAH / month. (about $600) does not always allow you to quickly close a vacancy, and the turnover does not stop. This leads to the fact that the company has to regularly spend a lot of time and effort training new employees. And as you know, time is money ...

The implementation of the WMS-system (ABM WMS) did not cancel the need for the search for specialists, but it was this tool that helped get rid of the “irreplaceable people” syndrome. The most important tasks were entrusted to the service, which is available 24/7 for any operation.

Want to know more about the experience of Privat-Alco? Watch our video interview.

- A person who has just come to the position of a storekeeper can easily perform tasks, due to the fact that all the algorithms have long been registered in the software and come to him on the screen of the data collection terminal in the form of clear actions. Thus, the process of training a beginner takes no more than a day, ” says Oleg Shevchenko.

In addition, the advantage of automating warehouse logistics has been the reduction of errors that cause a great negative for customers. According to Oleg, if the driver brings the wrong goods or in part, a real "disaster" happens.

- Small shops are used to working on a certain assortment, which is stably sold and makes them profit. We cannot let them down. Therefore, for us, customer service is the first thing we should think about. This year, four distributors of alcoholic beverages immediately closed, which we considered our competitors. And these are companies that have been represented on the market for about 20, or even more years. This suggests that experience is no longer the only guarantee of success. Only new approaches, flexibility and customer focus will allow us to take a leading position in the market, - Oleg Shevchenko.

The problem of human factor insecurity has also affected logistics management. But correctly constructed routes are an indicator of the level of service, which is a fundamental factor for the distribution business.

- Despite the fact that we install GPS trackers in the car, it was still difficult for us to track whether the driver arrived at one point or another. As a result, the driver simply could not deliver the goods. And this started a complete mess: the client was left without goods, the sales agent did not receive the result of the work done, the accounting department urgently began to deal with invoices, and there was a mess in the warehouse due to returns. Therefore, we decided that it is very important to control the drivers and the consumables. Only by implementing the TMS system (ABM Rinkai TMS) we reduced the percentage of under-deliveries to the minimum, ” says Oleg Shevchenko.

With the transition to a digital environment, sales representatives now have the opportunity to track all deviations online and adjust the routes so that the product still reaches the point. In addition, the system itself sends SMS notifications to customers with information about the approximate delivery time, order amount and driver’s phone number.

How has moving to an online environment helped boost sales?

Line retail is a bit chaotic in interaction with suppliers. Upon arrival of a sales representative, it takes a lot of time to manually form an order. But the manager simply does not have time to present profitable stocks. It is promotions that are the way to save money - for customers and increase sales - for distributors. Thus, special offers, the development of which was handled by a large team of people, do not even have a chance to be implemented.

This problem is easily solved - soon the company Privat-Alco will offer customers its own marketplace (ABM Marketplace). This will create a new hybrid business model, when the outlet will work through a b2b portal, and with it, the sales representative will continue to visit it. Formation of current orders, tracking of statuses and payments will be carried out by the client independently, and the sales representative will focus on increasing sales by selling shares.

“This will be our next digital solution, when the client can implement the manager’s defect through the screen of his smartphone,” commented Oleg Shevchenko, the functional of the future marketplace.

Today, the State of Privat-Alco consists of 100 employees, each of which perfectly owns one of the modern tools.

Oleg Shevchenko is sure that the driving professions of the future will be those that will be associated with setting up automation processes and programming robots. At the same time, he is sure that the need for communication between people will not disappear, which means that the need to search for highly qualified managers will not disappear. Such employees will have to pay more, but it will not be so "scary" given the growth in profitability.

It follows from this that any successful business model consists of a certain synergy of the human factor and automation of processes. It’s not enough to just entrust things to reliable people. Success now depends on the tools you give people to help.

ABM Digital Distribution - The first program in the world that itself sets tasks for sales agents. Using neural network technology to automate distribution.

ABM WMS is a simple and understandable inventory for increasing the efficiency of warehouse processes, with their subsequent optimization and easy scaling.

ABM Marketplace is a personal account for your customers, where they can place an order, check its status, find out about current promotions, see your debt, receive bonuses and tips on the assortment, as well as automate workflow.