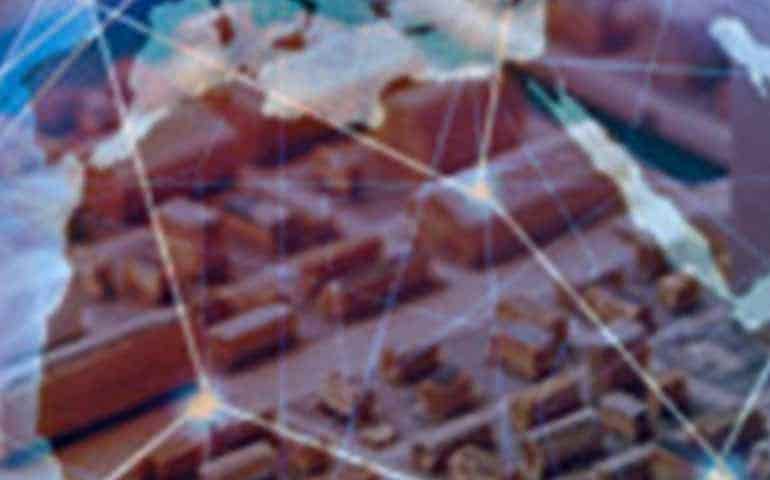 A recent study by McMaster University researchers shows that the information and communications technology industry, which includes the production of electronic gadgets, has a devastating effect on the environment.

Considering the data collected since 2010, the researchers came to the conclusion that in 2017 only 1% of the carbon footprint came from electronics production. If the pace continues, by 2040 it will already be 14% — half of the impact on the atmosphere of the entire transport industry.

In just a couple of decades, we have come from giant home computers to tiny smartphones and smart watches. But despite the reduction of gadgets in size, less waste from their production does not become.

Perhaps, in addition to smartphones, there are no other devices that people throw away after two years and willingly replace with improved versions. A 2016 UN report on environmental issues predicted that in 2017, 50 million tons of waste consisting of household appliances, smartphones and computers will be dumped in landfills. Since 2015, volumes have increased by 20%.

Most of the environmental damage is the industrial production of mobile components. When mining the minerals necessary for the production of a smartphone, a huge amount of harmful substances are emitted into the environment, 90% of which is accounted for by carbon in the composition of carbon dioxide. Two years of operation of the device lead to the emission of the same amount of carbon into the atmosphere. New smartphones with large displays, despite improved energy efficiency, generate even more CO2 due to the need for electricity. According to Fast Company, this means that changing a smartphone every two years is much more harmful to the environment than using one for ten years.

However, servers and data farms driven by mega-corporations like Facebook, Google, and Microsoft are most likely to increase greenhouse gases. Any service that needs cloud processing relies on remote servers. According to experts, by 2020, from the entire field of communication technology, servers will account for 45% of carbon emissions. Google Apple and Facebook today promise to use renewable energy for data centers.

What can a simple person do?

The best option to help reduce the carbon footprint is to not change the phone for as long as possible. As the demand for electronics grows, manufacturers are expanding their product lines, increasing production, but little attention is paid to the state of the environment. Using one smartphone for several years can help reduce electronic waste.

Alternative way: instead of throwing the smartphone into the trash when its lithium-ion battery weakens or the screen breaks, you can take it to a service center or send it to a recycling plant. But unfortunately, according to Lotfi Belhir, an employee of Fast Company, currently less than 1% of electronics are disposed of properly.

In the west, non-profit organizations Goodwill and Call2Recycle are involved in recycling and disposal issues. Among the large companies concerned about environmental issues, BestBuy and Staples can be noted. They regularly remind their customers how to handle gadgets so that they don't end up in a landfill for as long as possible.